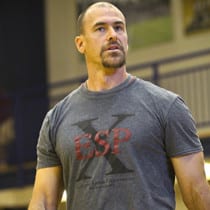 Coach Brix has owned Explosive Sports Performance for the past 14 years. He started out with just $300 and grew it into a 6 figure business. During that time Coach Brix has trained numerous NFL players and College Championship teams. He has also developed a running system called the A.D.R. The focus of this system is on the athlete’s ability to Accelerate, Decelerate, and Re-accelerate which are what athletes do during games. Coach Brix has presented at numerous events including the Juniata Strength Conference from (2011-2016), NJ State Clinic 2015, PA State Clinic 2016 and the Mid Atlantic conference 2016.