As the popularity of the strength and conditioning field continues to grow and become an important part of the year round sport cycle, we are seeing more young athletes walk through our door trying to get an edge on their competition. Since many of our younger athletes are still growing, we like to avoid exercises that may cause excessive amounts of spinal load. One of exercise that has been programmed for training the posterior chain is the deadlift or RDL; however, as an exercise that is loading the spine, it has limited use with some of our younger, or injured, athletic populations. This is one of the many ways the Reverse Glute Ham by Rogers Athletic fits into our programming.

The Reverse Glute Ham enables our athletes to train their posterior chain in a unique way. The design of the Reverse Glute Ham enables the athlete to be secured with a seatbelt. The athlete then places the back of their knees on the pad in the front of the machine. The athlete then pulls their heels to the ground, and unlocks the machine to begin a variety of exercises. This simplistic, yet utilitarian design is versatile since the athlete can perform several types of repetitions. There are three main types of reps we use, all with unilateral and bilateral variations. 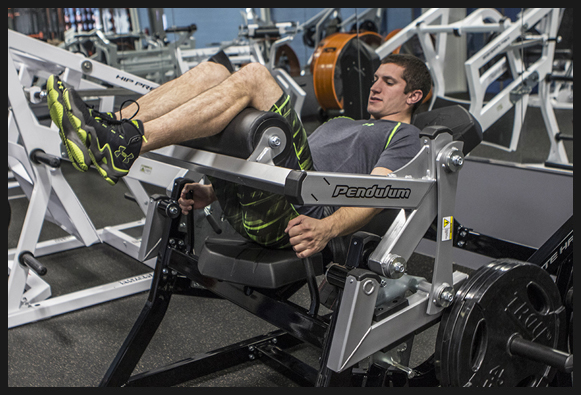 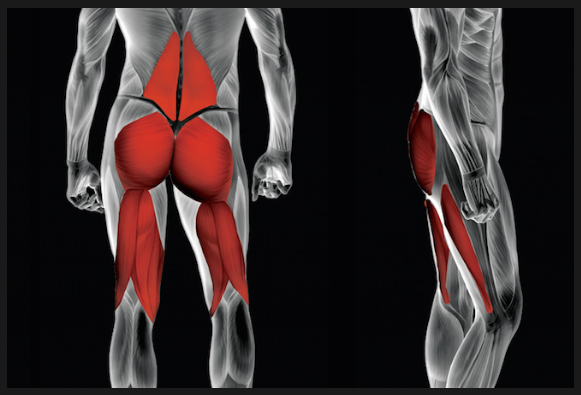 The bent knee repetition on the Reverse Glute Ham is similar to a weighted glute bridge. The athlete is performing the same motion but due to the upper body being in a fixed position, can only drive from the hips down. This places almost all of the tension on the glute and hamstrings, while slightly minimizing the use of the lower back. This is also a good alternative for our athletes with nagging back pains, or even structural issues like scoliosis.

The straight leg repetition on the Reverse Glute Ham is similar to an RDL. The athlete is performing the same motion as the knee bent repetition but their legs should be straight throughout the entire process of the rep. Altering the rep in this manner really emphasizes the role of the low back, and minimizes some of the tension on the hamstring. Generally, an athlete will be stronger performing straight leg repetitions than they would bent knee repetitions.

The leg drivers on the Reverse Glute Ham have a strength curve that is most similar to a normal deadlift. The leg drivers require the athlete to start the repetition with their knees bent, and then drive their heels down and out, fully extending the hips and knees. Out of each style of repetition described the leg drives allow the athlete to place the most amount of weight on the machine.

All of the above variations can be performed unilaterally. We recommend keeping the non-working leg close to the chest of the athlete throughout the entire repetition. Using these exercises unilaterally is a great way to address strength imbalances that athletes may have, something a traditional barbell deadlift or RDL may struggle to do.

The Reverse Glute Ham gives athletes a unique tool to strengthen their posterior chain. This area can be troublesome for some populations but the Rogers Athletic Reverse Glute Ham has been a game changer for our programming at SMARTER Team Training. 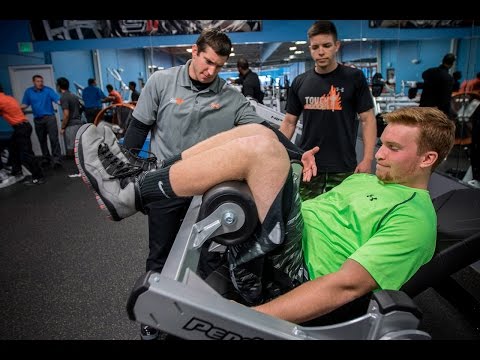 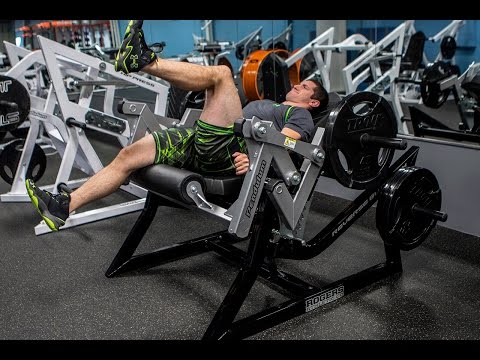 Find out more about our other equipment 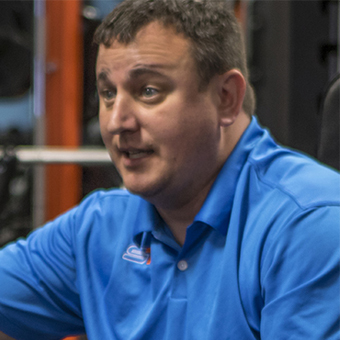 “With trainees that have a high strength to bodyweight ratio, training unilaterally on the Rogers Athletic Reverse Glute Ham is the way to go in my opinion. One leg to fatigue, then the other leg to fatigue, back to the first leg for at least half the number of reps, and finish the set by repeating this expectation on the second leg will have you reconsidering how you train your hamstrings, glutes, and low back.”– Rob Taylor, Jr., Founder and Owner of SMARTER Team Training 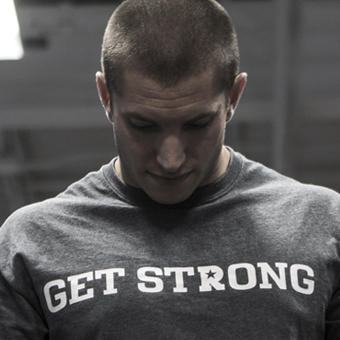 Mike changes his training up with…

“The Reverse Glute Ham and Pit Shark Squat superset is a great alternative to a squat and deadlift superset because it allows us to reduce spinal compression and shear force on the low back, while still addressing both sides of the lower body. We start with Reverse Glute Ham leg drivers. The athlete will begin with their knees tucked into their chest, then extend their legs out driving their heels to the ground, and return to the starting position. Our goal is for the athlete to perform an effort set with a goal of 20 reps or more. Then, we will take the athlete directly to the banded belt squat with the Band Tensioner attachment, where they will perform an effort set with the goal of 15 reps or more. Following the set of squats they will return back to the Reverse Glute Ham for a second effort set with the goal of 15+ reps, then back to the Pit Shark Squat for a set of 12+ reps. If the athlete can hit the rep goals for both exercises on each set we will increase the weight.” – Mike Whitman, Director of Training 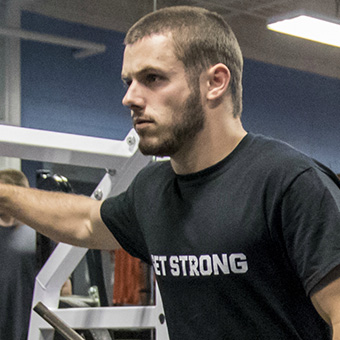 Alex keeps it creative with…

“The Reverse Glute Ham is the ultimate tool to train the posterior chain while truly minimizing risk of injuring the back. I use it almost exclusively as a first choice over deadlifts, RDLs, etc. Similar to the 3-Way Row, I like to apply the 3 ways to 20 protocol on the Reverse Glute Ham. First, the athlete will complete reps to failure with bent legs (generally about 10-12) right into straight leg reps (like 4-5) and then finish with leg drivers, which start with bent knees and end with straight. Again, the rep goal is 20, and if they exceed that, the weight can increase next time.” – Alex Walsh, Performance Coach 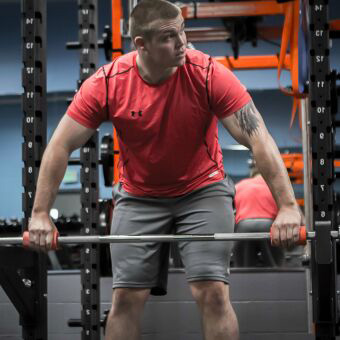 Riley enjoys this protocol the most…

“One protocol I particularly enjoy is performing reps on the Reverse/Glute Ham piece keeping the legs straight at all times. This is similar a straight legged deadlift with a minimized load on the spine. Perform one effort set until a good rep cannot be achieved. A good rep goal would be 15-20.” – Riley Oharah, Former Performance Coach